The Problems with Ping

Everybody, it seems, must do social networking these days.  Companies seem to think it's obligatory to get in on the action - I could, if I was so inclined, become a fan of my toothpaste on facebook.  Quite why on this earth I would want to is beyond me.  The point, though, is that companies often seem to be doing social networking simply because they think they have to, rather than because they have something to say or there is a demand for them to say it.  I've experienced this with two voluntary organisations I'm involved with and for which I now run the twitter and facebook accounts.  In both cases it came up that this was something we should possibly be doing, though most people had no idea what the point might be. 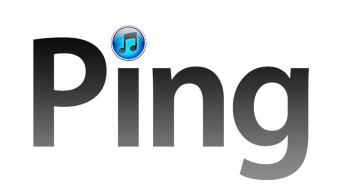 What does this have to do with Apple's Ping?  Well, having played with it a bit, it very much feels like there was a meeting a Apple where someone said (doubtless because people may have complained there are no social features in iTunes) that they should add social networking.  And that sentiment is right: iTunes is ripe of the addition of such features.  My iTunes music library, which runs to over 137GB, contains thousands of albums, painstakingly ripped so that I can have easy access to the better part of my library when I'm on the move.  How great would it be, with just a few clicks, to share one of my favourite discs, tracks or artists with my twitter or facebook friends, or to blog it.  Big brotherish though it is, it might also be cool if iTunes saw, say, that I have dozens of discs featuring the London Symphony Orchestra, and gave me the option with a single click to follow their updates.

Sadly, Ping does none of these things.  Apple has an annoying tendency to go it alone (just you try playing a FLAC audio file in iTunes).  Sometimes this works out okay, such as with the iPhone, where there wasn't really anything comparable when it was introduced.  The primary problem with Ping is that I am already pretty active on two networks, facebook and twitter, and adding a third is a hassle, not least as I have to build up relationships and find people all over again.  True, iTunes has a vast installed user base, but there's no guarantee they'll switch it on much less use it.  Case in point, after reading lukewarm comments, I didn't.  What changed my mind was mainly a conversation on twitter with the London Symphony Orchestra as to whether it would recommend them to me.  In the interests of research then, I signed up.

Almost immediately the problems started.  It asks you to pick the musical genres you like, but only allows you three.  For some this will doubtless ample.  For me it's a major problem, and meant registration took much longer than it should as I agonised over what to leave out (or, rather, what the third genre should be).  A similar problem exists when it asks you to pick some music you like to show on your profile.  Contrast this with facebook I can like limitless things and my profile then displays a selection.

Registration finally complete, Ping then helpfully suggests some people I might follow.  Now, in discussion with the LSO, several potential issues had come up.  Firstly, I don't actually have a single entry in my library for "London Symphony Orchestra".  Since on the iPod brevity is a virtue, all my music is Davis/LSO , Haitink/LSO or Runnicles/BBCSSO and so on.  To further confuse matters, astonishingly I don't actually have any classical music among that 137GB.  Or rather, I have so much that using the classical genre would be of no use whatsoever.  Thus I have created my own genres such as orchestral, opera, choral, chamber and solo piano.  Given this, would Ping be able to gather that I might like the LSO.  Searching the iTunes store for LSO is promising, searching for Davis/LSO is not (it brings back a brace of mainly classical albums, some featuring a Davis, not alas Sir Colin, others not, and only one direct hit - for some reason LSO Live's recording of A Child of our Time).  What then would Ping recommend to me?  Well, here is the list: ﻿Tinie Tempah (an English rapper), Bruno Mars, Sleeping at Last﻿ (an emo/indie rock band), Katy Perry, The Script (a Dublin based alternative rock band) and Usher (not the concert hall but rather an American R&B singer).  To make matters worse, these recommendations keep popping up, I can't seem to get rid of them.  Contrast with what happens when I click to ignore a facebook friend suggestion.

Regular readers will doubtless be as puzzled as me when it comes to the methodology by which Apple arrived at that selection.  Now, actually, I like experiencing new things, but I'm not sure I want to follow random bands and singers for updates.  While I have a diverse and genre-spanning library, one thing is transparent: Ping hasn't mined it to get those recommendations.  Even if it couldn't spot that I had lots of LSO CDs, it could surely spot that I have every single Thomas Dolby album and recommend him (true, so that he's in alphabetical order, he's indexed Dolby, Thomas, but if Apple can't cope with that then they shouldn't be in the computer business).

I've read suggestions that it looks at the things a user has purchased from iTunes instead.  This presents a slight problem in that I don't buy much from them - 256AAC is not acceptable to me from a sound quality perspective.  Thus, all it has to look at are a live Mackerras disc from Australia that at the time I bought it was unavailable elsewhere, Neil Patrick Harris's glorious suit song from How I Met Your Mother, and the urlichttrack from Boulez's Mahler 2 (which I downloaded as a means of seeing if I wanted the rest - so key to me is that passage that if I really dislike the singer I'm not sure I want another recording - I didn't).  From that it should, at the very least, be pretty clear to iTunes that I like classical music.  So why hasn't it suggested the LSO or the NYPO?  Clearly it's not looking at my purchases.  Or, for that matter, the 10 mainly classical albums I've told it I like.  Failing that, it could look at my three musical preferences (I entered classical, jazz and rock).  True, a couple of those suggestions could fit with the last, but the absence of anything fitting the first two suggests to me Ping didn't look at those either.  The cynic is left with no choice but to conclude Ping is simply recommending the things it wants to plug (perhaps, like books in the windows of bookstores, the things record companies are paying it to promote).  This resembles a marketing tool, not a social network.

So, I'll have to find the people I want to follow for myself.  This isn't the end of the world, it's what happens of facebook (and much of the time on twitter).  But it does mean that I'm only going down that road if there's some tangible benefit.  There is not.

Another problem is that you can't like albums that aren't on iTunes - Abbey Road say.  But who likes the Beatles.....  It's fitting example since I've tweeted about the fab four many times today.  And there are plenty more examples where that came from.

Ping buttons are ubiquitous through iTunes now (with no way of turning them off, which will doubtless annoy everyone who opts out of Ping).  However, most of the time it fails to find the track (even when I know it's there).  At other times, such as when I click on the Dolby track Pulp Culture from the Aliens ate my Buick album, it takes me to the Retrospectacle compilation rather than the original album.  How hard can it be to get the right song and album?  Too hard for iTunes apparently.

True, once I finally get to a song or album I like, I can share this on facebook or twitter.  This is done by redirecting to the website in your primary browser.  Contrast this with Spotify which tightly integrates with facebook.  But it gets worse.  Suppose, for example, I review a disc, say how excellent it is, I can post the link on my profile, but in doesn't click through.  Indeed, nowhere on my profile can I put a link to this site.  If someone sees my Ping profile and clicks 'my reviews', they won't see them.  I don't review albums on the likes of iTunes, in part for copyright reasons, so all they'll get to see is a few reviews of iPhone apps which, while there's nothing wrong with them, I don't particularly want to link to my Where's Runnicles identity.  Indeed, Ping is supposed to be about music so why is it linking to apps?  Someone hasn't thought this through.

So, what is it for?  To be honest, I really can't see.  I can't think of anything it provides that isn't provided better elsewhere.  I seem not to be alone in this.  I've tweeted that I'm on Ping, but none of my 1,000+ plus followers has joined me there.  True, for the reasons outlined earlier, iTunes has vast potential in this area, but Ping doesn't come close to realising it.﻿  If you're reading this wondering whether you should dip your toe into Ping's water, my advice is extremely simple: don't bother.  That may change one day, but I wouldn't hold your breath.

It could be a perfect if ping can be included as a facebook apps.
Nice article!