Peter Oundjian appointed as Music Director of the RSNO from 2012

We've known for a little while now that the 2011/12 season will be Stéphane Denève's last as music director of the Royal Scottish National Orchestra. As such, there's been some speculation as to who might replace him. Indeed, for the last few weeks I've had a now redundant draft blog post of rampant speculation sitting on my computer. Perhaps most intriguing was the suggestion by Kenneth Walton in the Scotsman earlier this month that Saraki Oramo, formerly of the CBSO and currently doing great things with both the Royal Stockholm Philharmonic and, as our rave reviews of their appearances at the Edinburgh International Festival over the last five years attest, the Finnish Radio Symphony Orchestra. Given he has never worked with the RSNO, it always seemed rather a long shot. Walton, it turns out, was wide of the mark, both with that, and his suggestion that:


[Outgoing Chief Executive Simon] Woods is unlikely to be party to announcing a replacement, leaving that up to his successor.

Yet there did not seem any glaringly obvious choice. Fine young conductor James Lowe hasn't worked with the orchestra since his term as associate conductor ended in 2007, more's the pity. A glance through the guest conductors of the last few seasons didn't throw up any especially obvious candidates either. 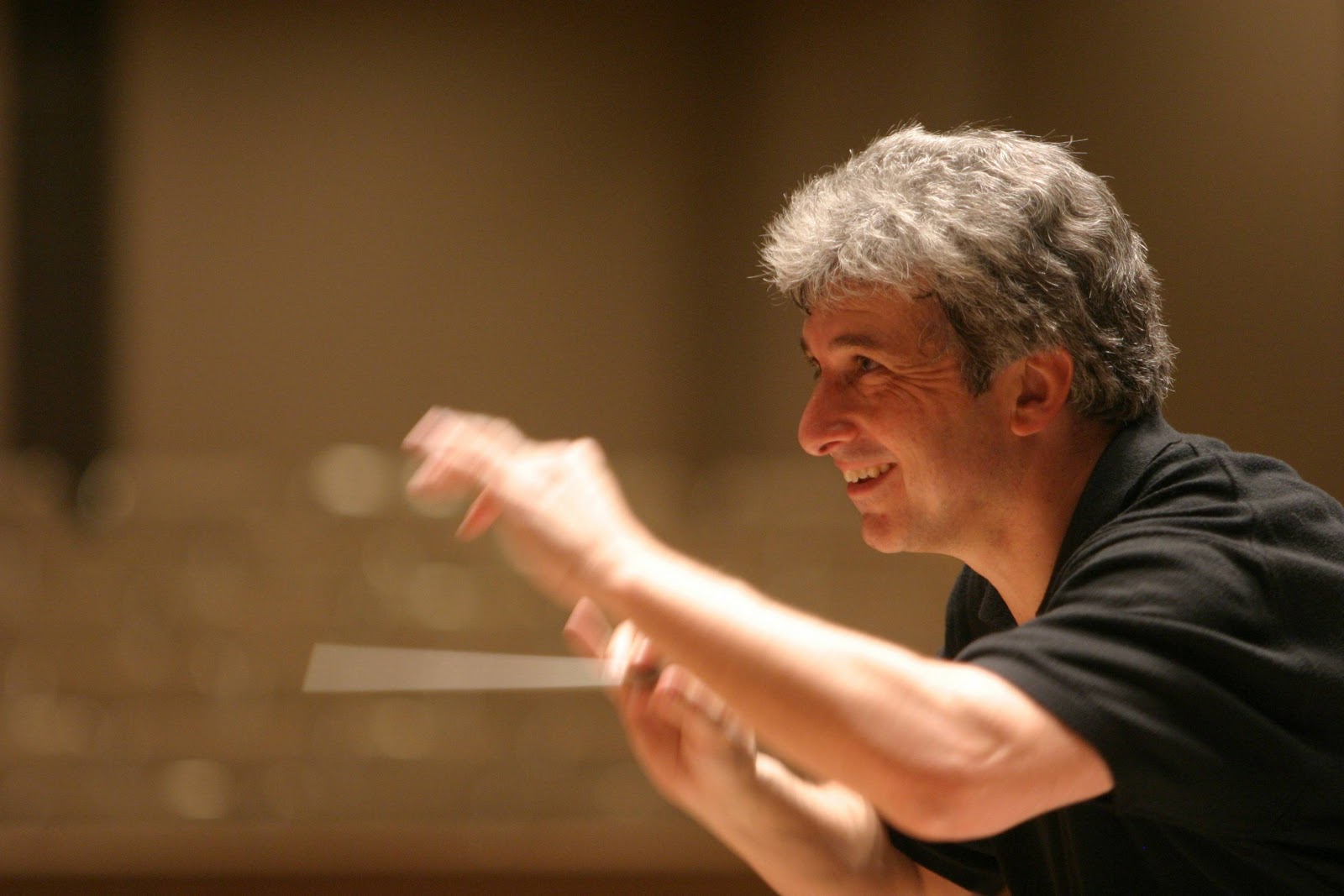 Peter Oundjian (Photo - Cylla von Tiedemann)
In the end, Woods and the RSNO have turned to British Canadian conductor Peter Oundjian (Google reveals differing opinions as to whether it is pronounced "oon-jen", "oon-jun", "un-gin" or "un-jun"). Since 2004 he has been music director of the Toronto Symphony Orchestra, a post he will continue to hold concurrently with the RSNO job. True, his CV may look a little thin in conducting terms, given he is in his middle 50s: past posts include principal guest conductorships of the Colorado and Detroit Symphony Orchestras and most of the biggest orchestral names are absent from the list of those he has appeared with. Having said that, in large part this is probably explained by his having spent a good chunk of his career, some 14 years, as first violin of the Tokyo Quartet. And, let's remember, Robin Ticciati came to the SCO with a pretty short CV and is doing great things.

How, then, will Oundjian fare when he comes to Scotland? Well, in point of fact he has already been. He did appear with the orchestra last April for a programme of Mozart, Brahms and Vaughan Williams and received rave reviews from The Scotsman, The Herald and MusicalCritcism.com. Sadly we weren't there to report - a double booking meant I was in London instead. Fortunately we'll all have the chance to judge for ourselves soon enough, as he is due to return in April for a programme of Grieg's piano concerto (with soloist Stephen Hough), Brahms' 3rd symphony and Christopher Rouse's Rapture (part of the Ten out of 10 series). Barring accident, Where's Runnicles will certainly be there to report this time.

But what is he likely to do once he gets his hands on the RSNO full time in the autumn of 2012? The press release gives little away, save that we will have him for six weeks in the first season, rising to eight by the end of the four year contract. It also makes much of his improvement of the Toronto Symphony Orchestra's fortunes, growing its subscriber base and, crucially given how grey concert halls often are here, bringing young audiences in. The press release is full of the usual glowing quotes, but there is nothing about the music. In fairness, there never is - the SCO gave us no idea what Ticciati would do when they announced him, nor the BBCSSO when they announced Runnicles.

But such minor setbacks won't stop us from trying to answer the question anyway - we're about more than just regurgitating press releases here. In search of portents the logical first stop is a glance through the TSO's current and forthcoming seasons. Doing so yields a cycle of Beethoven concerti with Lang Lang along with symphonies from Beethoven, Brahms and Mahler (including the 2nd, 5th and epic 8th). So far so simple, but there are some interesting looking things too - Martinů's 6th symphony and a three concert New Creations Festival, with Oundjians as both conductor and host, featuring works by Peter Eötvös, Jörg Widmann and others, not to mention an appearance by the Kronos Quartet. Now, if he could bring them to work with the RSNO that would be very cool indeed.

Similarly he's worked with some interesting soloists, such as Louis Lortie and Yo-Yo Ma - it would be wonderful if he could bring either of them to Scotland. American composers feature heavily, but there is more than just obvious choices such as Adams and Barber, though there is plenty from both of them too. In addition, this season he featured a Glagolitic Mass, an exciting prospect for someone who thinks there isn't nearly enough Janáček on concert programmes up here. Google also shows up the odd Sibelius symphony, so my dreams of a cycle may not be totally out of reach.

Even when he is programming 'big' composers, it isn't necessarily the most popular works - thus we see Bruckner's 3rd symphony partnering Brahms' 2nd concerto. More so, when Holst's The Planets gets an outing in May 2012 it is paired with a modern clarinet concerto. All in all, it seems an exciting set of offerings and a good mix of popular programming and more daring fare; that bodes well for his tenure with the RSNO. (See links for full details of the TSO's 2010/11 and 2011/12 seasons.)

If you want more of a taste than simply scanning through PDFs or reading this blog, then you can hear them in action. Oundjian has made several recordings with the TSO on their own label, all of which are available on Spotify (sound quality leaves something to be desired, it is not clear if this is an issue with the recording or the quality of the files on Spotify). They include Mahler 4, Shostakovich 7, Elgar's Enigma Variations and Mussorgsky's Pictures at an Exhibition (I've put together a playlist of them all). So far I've only listened to the Shostakovich and the Mussorgsky. The former has some fine moments - there are exciting climaxes and I like what he does rhythmically at the start of the moderato. That said, I don't think it challenges the great recordings of the work. In the Mussorgsky it is much the same, with a particularly nice epic feel to the bigger moments and tempi that seem well chosen. It's a promising sign.

All told then, based on a reading of the available tea leaves, it looks like the RSNO have made a pretty decent pick. As always, though, the proof of the pudding will be in the eating.

The orchestra still have one very important vacancy to fill in the chief executive's seat, shortly to be vacated by Simon Woods. Today's announcement adds the important criterion that they find someone who'll work well with Oundjian to build the orchestra going forward. Even if any potential candidates are disappointed they won't now play a part in choosing the new music director, the top management post at an orchestra in a generally strong position should remain an attractive one. We watch with interest to see who they find.
Posted by Tam Pollard at 20:07