The chances of anything coming from Mars twice

Next week sees the release of an updated version of Jeff Wayne's musical version of The War of the Worlds. I'm really quite excited about this. The original is tremendous fun; silly, but gloriously so. A new version is therefore to be welcomed, and I look forward to hearing it. 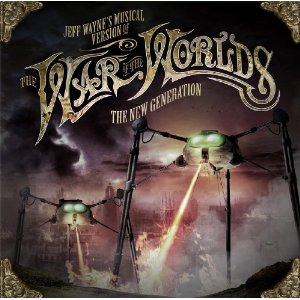 However, it seems that not everyone shares this view (how dull that would be). The Arts Desk featured it as their disc of the day this morning. I was rather surprised to discover that 'disc of the day' was not, apparently, meant as a compliment since they appear to have awarded it a solitary star. Clearly not to the reviewer's taste, then. For me, unless there are major deficiencies in the new cast as compared with the original, one star would be a travesty. But this isn't a post about the album or the show. If you want that, read what our friend and past contributor Andrew Pugsley had to say when it toured in 2010. Nor is this a dig at The Arts Desk. Rather, it is a riff on their subheadline:

The chances of anything coming from Mars are a million to one, they said. But twice?


Clearly I've been listening to too much More or Less lately, but this got me thinking. What are the chances of anything coming from Mars twice? What follows is a slightly eclectic, more mathematical and frankly very silly departure from our normal fare.

Before we can consider the probability of two Martian invasions, we must first consider the probability of one. And we know what that is: it's quoted above. Or do we? Is this a reasonable figure? Almost certainly not. It definitely isn't Nate Silver like in its precision. Rather, it's just what happened to fit poetically. And, in fairness, the point surely was that a Martian invasion was an absurdly unlikely event. The lyric nicely encapsulates this, even if in our world an estimate of the probability would probably be an awful lot lower than that. After all, a million to one is rather more likely than a lottery win. The trouble is, a million to one wasn't the actual probability of the event. It was merely an estimate. On the face of things, this was reasonable. From what we know of Mars, the chances of it supporting the kind of life required to mount such a venture are so staggeringly remote as to be close to zero. Of course, in Wells' time they knew less about Mars, and science generally, but it still seemed extremely unlikely. However, the story does not exist in our world and that world has a rather key difference to ours:


No one would have believed, in the last years of the nineteenth century, that human affairs were being watched from the timeless worlds of space. No one could have dreamed we were being scrutinized, as someone with a microscope studies creatures that swarm and multiply in a drop of water. Few men even considered the possibility of life on other planets and yet, across the gulf of space, minds immeasurably superior to ours regarded this Earth with envious eyes, and slowly and surely, they drew their plans against us.


Knowledge of this crucial information would surely have rather dramatically changed any sensible person's estimate of the probability of the event. It would have illustrated that far from being close to zero, the probability of an invasion was actually rather close to one. Since the person bandying about the million to one figure wasn't in full possession of the facts, his estimate, while on the face of it quite reasonable, turned out to be about as wrong as it could be. (Having good information is very important if you want to estimate the probability of something accurately.)

So, we have a rough idea of the probability of the first invasion. What about the second? A key question in determining the answer is whether these two Martian invasions are independent events. What that means is does the fact that the first invasion has happened change the probability of a second? Rolling a die or flipping a coin are classic independent events. Just because I roll a four, that doesn't mean I'm more or less likely to roll another four on my next throw (assuming, of course, that the die isn't loaded). For both the first and the second roll, the probability of a four should be one in six. If the invasions were independent, the probability of each event is the same, so the probability of one following another is both multiplied together, in the case of our Martian invasions a number fairly close one, times itself, so still a number fairly close to one, i.e. quite likely. (Or, if we stuck with our initial bad estimate, one in a million million, or a British billion / American trillion, i.e. even more unlikely). Job done, question answered. Sadly, they're probably not independent.

With a dependent event, on the other hand, the outcome of the first event affects the probability of the second. An example is drawing playing cards from a deck at random, crucially without replacing them (otherwise things would be the same as with the coins and dice above). What is the probability I'll get an ace? On the first draw it is four in fifty-two (or one in thirteen). Let's say I get the six of clubs. Now on my second draw the probabilities change and the chance of an ace is four in fifty-one as there is one fewer card in the pack but the same number of aces. The first event has changed the probability of the second.

The Martian invasions are surely dependent. This can be seen if we examine the key factors in determining whether the Martians will invade and showing that these are likely to change following the first invasion. Those factors are: whether they can invade and whether they want to.

The first event in no way changes their underlying ability to get as far as earth (unless they've somehow used up all the resources that can get them there), however the events of the story clearly show they were incapable of actually making good on their beachhead, laid low by the common cold. This is not an insurmountable obstacle, though. A Martian race capable of creating mighty war machines and interplanetary spacecraft can surely solve this problem, perhaps through the use of robots, hazmat suits or medicine. However, this might take time. Further time would be needed to train fresh troops (and possibly there might be fewer volunteers for a second attempt), plan the logistics, build new vessels (since the ones that arrived on earth are all stuck there with their dead pilots). As such, the probability of another invasion within, say, a year, may be massively reduced given the first one has taken place, whereas had it not taken place, the probability of a first would still remain high (as the Martians would likely not know about the potential medical hazards).

Whether they want to invade may also change. They might decide that the resources of the earth are less attractive given the biological pitfalls: there is suddenly a great danger in importing anything back to Mars or moving to earth en masse. Perhaps an invasion of the moons of Jupiter or some asteroid mining operations might come to seem more attractive strategies. Also, the catastrophic losses may cause a seismic shift in Martian political opinion, a rise of the anti-war Martian left, who win power and then sue for peace. On the other hand, they may redouble their efforts in the face of adversity.

So, what is the probability of a second invasion? Given the paucity of data, in particular knowledge of the Martian situation and the underlying causes of the invasion, a subject insufficiently explored by both Wells and Wayne, it is very hard to come to a reasonable estimate. Still, it seems likely that it's closer to one than a million to one. Unless, of course, like the author of that fateful estimate, there is some key fact of which we're unaware. The Martians, after all, made their desperate bid, many years in the planning, to seize our world because theirs was dying. Perhaps there was no redundancy in the scheme, perhaps this was their last bolt and with it they are out of time and there is no chance of anything more coming from Mars. 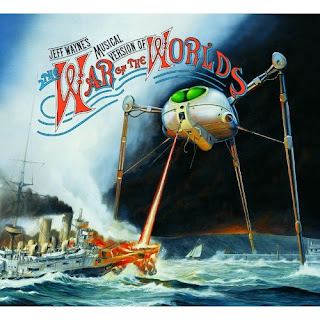 Either way, we certainly hope that the chances of more gloriously silly fun in the form of Jeff Wayne's opus are high.