Grimes on the Beach has, understandably, garnered more attention in this Britten anniversary year but one of the other major productions, the performance of Britten's three church parables in their original location of Orford Church, is unmissable. (Judging from reports we have heard, Grimes should prove so as well - we will be there later in the week.)

Director Frederic Wake-Walker has gone back to the source. I should perhaps let the composer himself explain. Writing in the programme for the 1964 festival, Britten said:

It was in Tokyo in January 1956 that I saw a Nō-drama for the first time.... The whole occasion made a tremendous impression upon me, the simple touching story, the economy of the style, the intense slowness of the action, the marvellous skill and control of the performers, the beautiful costumes, the mixture of chanting, speech, singing, with which three instruments made up the strange music - it all offered a totally new 'operatic' experience. 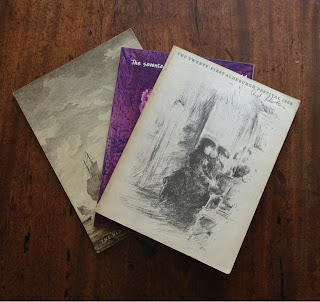 Whether or not Wake-Walker has read this I'm not sure, but he does seem to have held true to these core principles and as someone as unfamiliar with both the art form and these specific works as Britten was in 1956, they made a powerful impression on me.

Orford church offers limited stage space, a square of what cannot be much more than five meters across and deep. The poor sightlines are partially rectified by this being raised up substantially. Beginning at 9.30, meaning it is dusk outside, the church in near darkness, chanting monks make their way down the nave of the church and take their places, the sound gradually getting louder and filling the space wonderfully. In a nice touch, the musicians of the impressively versatile Aurora Orchestra form part of this troupe, carrying their instruments where practical, before peeling off to one side to take their places.


Ben Payne's lighting design is extremely simple too, mostly foot lighting, heightening the dramatic effect, both in terms of the way the performers' faces are illuminated and also the way this casts shadows upwards onto the white walls of the church. (Orford is a particularly good location in this regard.) The Nō style, with its hand gestures and tableau feel is extremely well served by this.

Curlew River (first performed on 13 June 1964) tells the story of a mad woman, wandering, searching for her lost child. It is an emotionally fraught and compelling tale, slightly reminding me of Janáček's Jenůfa. In keeping with Nō tradition, she is played by a man, James Gilchrist (the part having originally been written for Peter Pears, shared with Robert Tear in the original performances). And while he is very good, as he is throughout the parables, this aspect did not completely convince me. The standout performance for me was Rodney Earl Clarke's ferryman who was a commanding presence on the stage. However, from the chorus to the spirit of the boy (not specifically credited - perhaps this is shared between the boys at different performances), there wasn't really a weak link.

Britten's score is impressive too, both for what he achieves with a minimal ensemble in terms of texture, but also in the way he underscores the drama, especially with the drum. His integration of eastern influences is also well judged. Throughout the parables the Aurora Orchestra under Roger Vignoles, directing from the chamber organ, do not put a foot wrong.

On the small stage there is no room for elaborate set (and given the production is touring to London, Buxton and St Petersburg, you wouldn't want one anyway). In Curlew River, Kitty Callister's designs consist of little more than a wooden boat which breaks up to form a shrine towards the end. And yet, through skilful direction, and effective use of movement and gesture, it never feels small or limited. This is often a masterclass in what one can achieve with simplicity, skill and faithfulness to the text.

It ended as it began, with the players covering their costumes back up with simple robes and precessing out, chanting as they went until we were left in silent darkness. It was a powerful evening. Perhaps the only slight oddity was that, despite the enthusiastic reception that followed, they did not reappear to take a bow.

On the second evening, Mahogany Opera offer a double bill of The Prodigal Son (10 June 1968) and The Burning Fiery Furnace (9 June 1966). And while in narrative terms neither, for me, packs quite the emotional punch of Curlew River, they are both well done and well worth seeing. I found The Prodigal Son the weakest of the three. In part it was not helped by the earlier start time of 7pm. Doubtless there were good logistical reasons for combining the two, but it came at the cost of losing the lighting effects the later start time provided which did lessen the impact. Owing to the quirks of church seating, I found myself in a particularly narrow part of the row, my long legs wedged uncomfortably in, which didn't help matters.

Still, it was not without its treats. Chief among these was James Gilchrist's tempter. Clearly he was having fun with the part, as he led John McMunn's excellent (in performance terms, not character) younger son astray. For me it was the finest of Gilchrist's three roles, alternating between beguiling and pitiless.

While, without the shadows, the Nō gestures were less effective, there were still some excellent touches, especially the feet of the chorus dancing in the air to convey the sins of the flesh. Indeed, the scenes of temptation were generally extremely well done. It was also good to see and hear the children playing instruments in the celebration at the end. That said, not everything quite worked for me - the two sons with different sides of their face painted and the gloves with different coloured sides reminded me a bit too much of the Star Trek episode Let That Be Your Last Battlefield.

After the interval (and having switched seats with a shorter member of our party), The Burning Fiery Furnace made for an excellent finale. From a purely musical perspective it may be the strongest of the three - I particularly liked Britten's use of trombone glissandos. Elsewhere, shortly before the furnace makes its appearance, the cast and players precessed up and down the nave, while still playing their instruments, singing and waving incense sticks: it was quite an effect.

It was now dark, indeed with a rather fabulous sunset having just taken place, so once again the lighting had its proper effect. The costumes here were probably amongst the most vibrant, particularly Gilchrist's as Nebuchadnezzar and Lukas Jakobski as the astrologer. While not quite such a nuanced role as the tempter, Gilchrist still played the king for all he was worth. Jakobski, also the abbot throughout, was at his strongest here (though he was also good as the father in The Prodigal Son). The boys: William Rose, Lucas Evans, Otto Richardson, Alfie Evans and Theo Christie also got their biggest role here, singing and leaping about on the tables.

The set was perhaps the most elaborate too. While the versatile fragments of Curlew River's boat could still be seen, panels of stained glass were slotted into a metal frame at the back of the stage to serve first as the idol of the Babylonian god, and then as the furnace itself (my only gripe is that I would have lit this more brightly for the latter). With its rousing ending, it made sense to reverse the chronology of the pieces and end with this. And finally the cast and players got to come to the stage and take a richly deserved bow (though for some reason not Wake-Walker, though he very much deserved it). 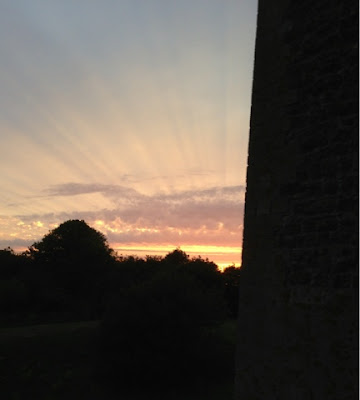 All told, it was a compelling and enjoyable theatrical experience and the remaining cycles this week are to be strongly recommended. For those not in the vicinity of Orford, the production is coming to the Buxton Festival (though I gather this is now sold out) and to the City of London festival (it would be interesting to see whether anything is lost in the bigger space that is Southwark Cathedral, just as it would have been interesting to have seen the production of Curlew River at the Lyceum a few years ago as part of the Edinburgh International festival). 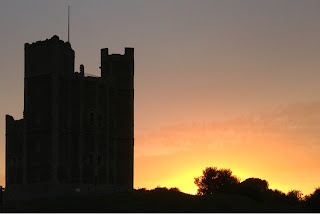 Thanks to Aldeburgh Music for providing the photographs of the production used in this review (taken by Robert Workman). All other photos by me.
Posted by Tam Pollard at 13:58

The EIF Curlew River was extremely powerful (and there were no issues with the larger space). Also magnificently cast - Neal Davies as the Traveller was particularly memorable.