As well as Volkov and the CBSO's concert, Saturday was a pretty full schedule with two sets of quartets. In the morning Quatuor Mosaiques treated us to Purcell, Haydn and Schubert. Haydn's op.76/6 quartet responded wonderfully to their period style but while Schubert's D887 quartet was very beautifully played I personally prefer a more romantic approach. 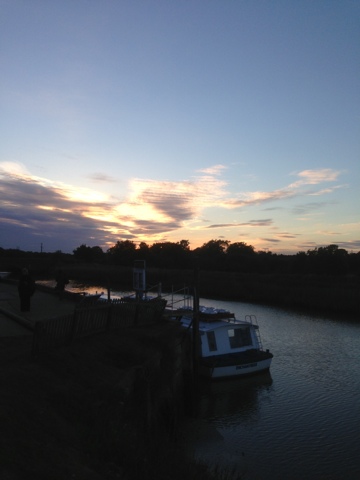 That afternoon in Aldeburgh church it was the turn of a quartet with a different style and period: the Arditti Quartet with works by Harvey, Britten and Anderson. I only really know Harvey's larger orchestral works so was glad to hear two of his quartets. Arising from the time he spent at IRCAM (with whom I've also heard him collaborate on Speakings) his fourth quartet was particularly interesting for its use of live electronics. Having said that, the first two sections took a bit too long to build up. They created some nice effects, particularly in the middle section which had a passage akin to whale song. Julian Anderson's Light Music left me rather cold and as was the case the last time I heard a piece of his, failed to evoke the the inspiration detailed in his programme note (so far as that could be deciphered).

I've discussed before my feelings about John Eliot Gardiner and his approach to Bach, which, while unquestionably very beautiful, isn't entirely to my taste and ultimately leaves me cold. Such was the case at Friday's concert, which at two and a half hours was also a little long. There didn't seem to be any particularly compelling or illuminating reason why the two violin concertos were needed to compliment the cantatas and the motet. Indeed, despite the concertos representing a lighter and more let your hair down style of the coffee house as opposed to the formality of the church, as Gardiner himself acknowledge (if not exactly in those words), the English Baroque Soloists seemed to play them with exactly the same reverence as the sacred music. This in marked contrast to the fun Pekka Kuusisto had with the Britten-Pears Orchestra a few years ago. Still, I'm very glad to have heard the cantata Christ lag in Todesbanden and one cannot fault the playing of the English Baroque Soloists or the singing of the Monteverdi Choir.
Posted by Tam Pollard at 16:33