The Museums of Berlin (or rather, a few of those I had time to visit during my time there)

Berlin is a city overflowing with culture. And not just the musical, or rather classical, variety that my previous five blog posts covering my visit have been concerned with. There are more museums than you can shake a stick at or, by a more helpful measure, than you can comfortably visit during an eight day trip. Often they are clustered together at impressive places such as the Museuminsel (a world heritage site) or the Kulturforum (also home to the Philharmonie). Here are some brief thoughts on a few of them. 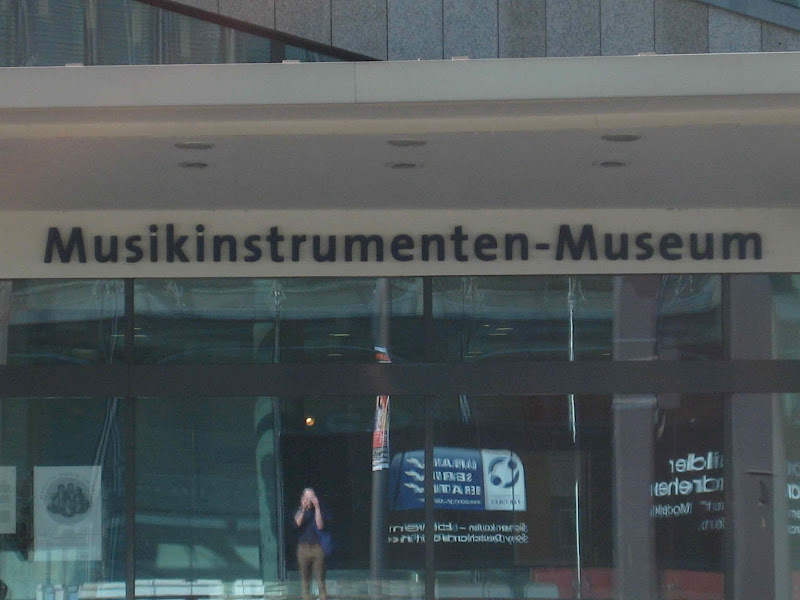 This being a blog primarily about music, I'll start with one of the less visited attractions: the Musikinstrumenten-Museum. This should be a wonder. Certainly it is filled with a wonderful range of instruments, from the might Wurlitzer organ (which one can hear live if one visits on a Saturday) to baroque violins and synthesisers of a the type used on Pink Floyd's Wish You Were Here.

What, then, can I fault about the place. Quite a lot, as it turns out. From the moment you walk through the revolving door and into a curtain which immediately blocks your way, there is a distinctly unwelcoming feeling. This is compounded by the way the staff look at you, as if they think you're going to vandalise the exhibits or as if to say why on earth have you come here? Certainly, few seem to given how empty it was when we arrived. There is also the standard German museum greeting of the demand that one checks one's coat or puts it in a locker. It's something I don't care for or, frankly, understand: in Britain you can go round with a coat and museums seem to function perfectly well.

Still, cosmetic issues aside, the exhibits are interesting, aren't they? Well, yes and no. There are lots of interesting instruments, but they are presented in a way that for the most part died out in museums years ago. Here are a bunch of flutes, here are a bunch of violins, and so on. There is little evidence of any imagination.

Fortunately, there is an audio guide which enables you to hear many of the instruments being played. Yet even this is a little frustrating: the introductions to the samples are overlong, meaning you've often arrived at the next instrument before the previous one has started playing. More annoyingly, you are often told that it is being played along with various other instruments, yet they haven't been displayed together. You're also quite frequently told you can buy the recording though, quite frankly, the vast majority surely fall under the heading of academic interest only.

In short, the museum is a significant missed opportunity - with such a rich collection they could surely do so much more. 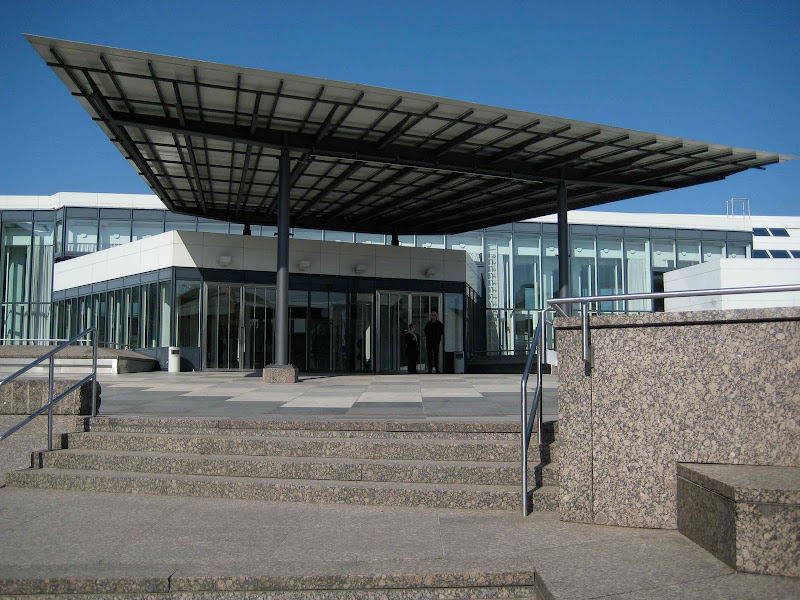 The Musical Instrument Museum, along with the Philharmonie, forms part of this massive cultural development. The Gemäldegalerie holds, apparently, one of the world's leading collections of European art from 13th to the 18th centuries. Personally, I found it rather heavy on religious art and wasn't overly swept away by the collection. I found the Rijksmuseum far more impressive when I visited Amsterdam two years ago, despite being significantly closed for refurbishment at the time. Actually, the exhibit that impressed me most was a sculpture of columns in a water tray that was alone in the central all off which all the galleries branch. 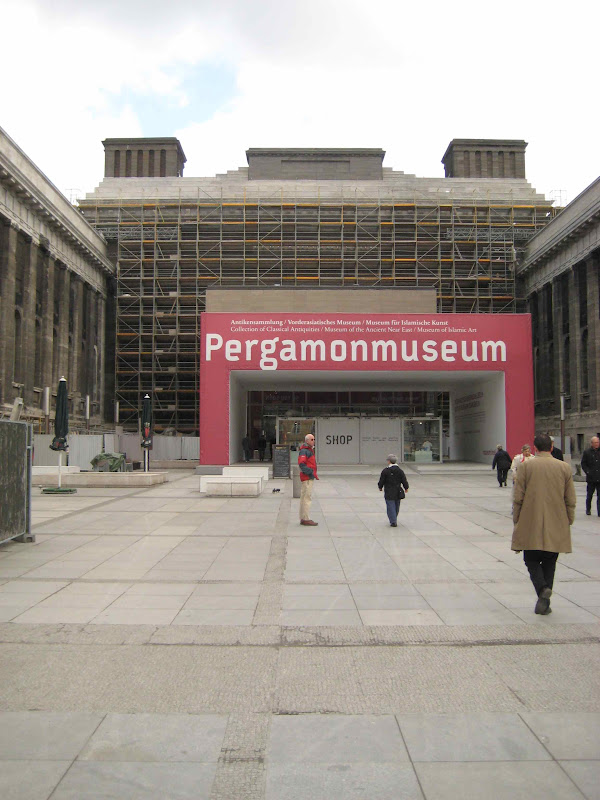 The Museum Island contains the Pergamon Museum. In many respects, Berlin's answer to British Museum, and similarly filled with treasures from around the world, in such a way as makes one feel slightly uncomfortable. Vast temple gates, or the eponymous Pergamon Altar provoke a similar reaction to the Pathenon Marbles (except that the former are rather better displayed). Still, the exhibits are stunning and well worth seeing (Berlin museums seem to have no objection to the taking of photographs of exhibits - though being paranoid I only did so when there were lots of other people doing it without being told off)﻿. 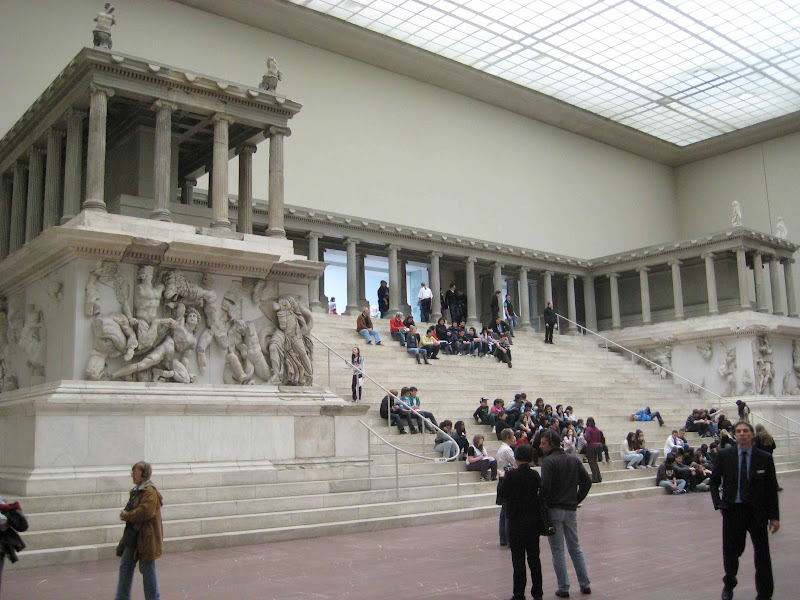 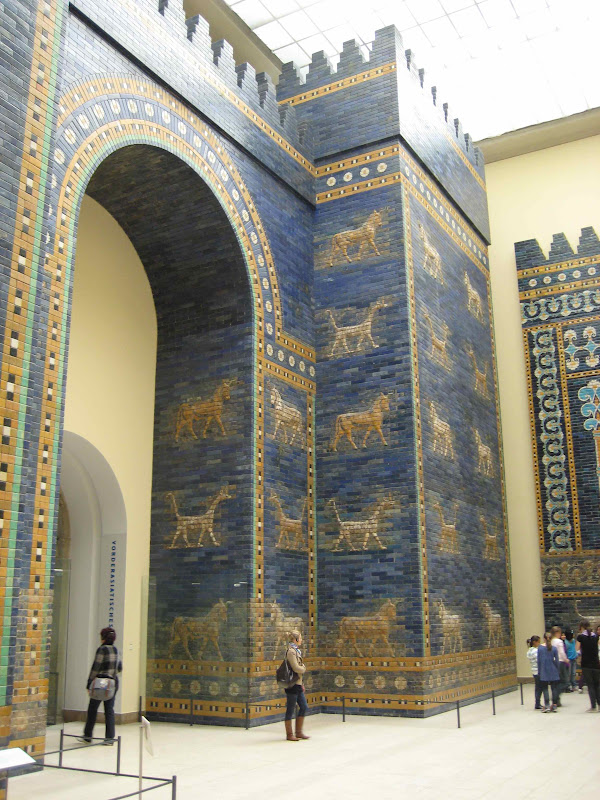 Elsewhere on the island is the Neues Museum, destroyed in the war and only recently reopened under the direction of British architect David Chipperfield. The collection is dominated by the Egyptian exhibits and a famous bust of Nefertiti. However, the building is absolutely stunning, and a beautiful mix of the old, the modern, and the not fully restored. 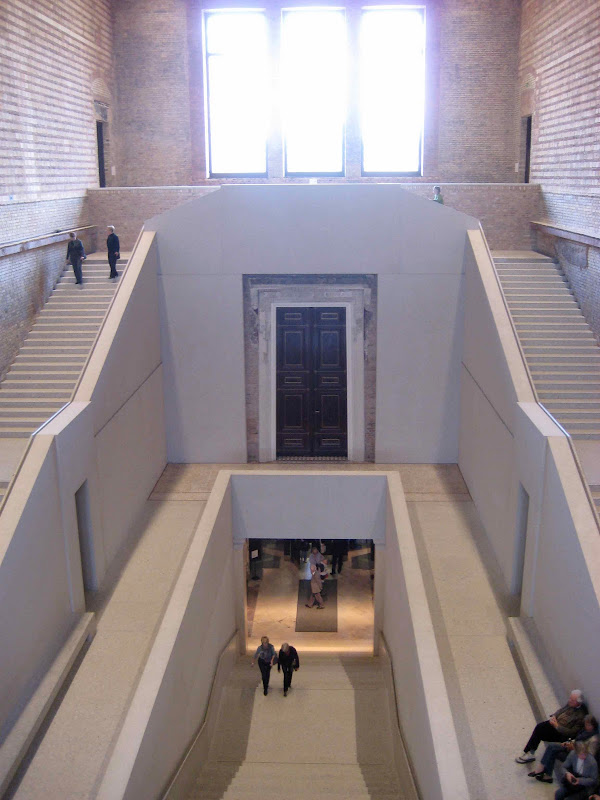 The Jewish Museum is well worth an extensive visit, and not least for Daniel Libeskind's stunning building, which largely shuts out the outside world, focusing your attention and guiding you without making you feel directed. 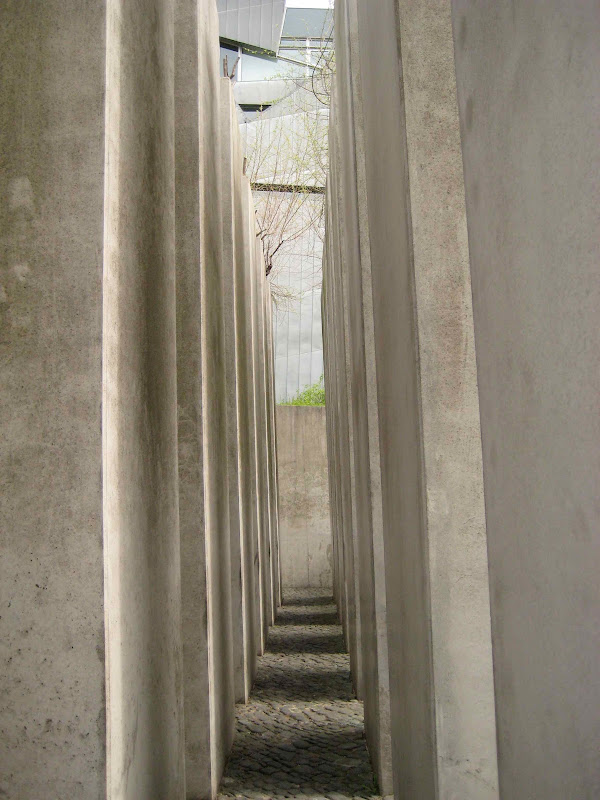 The entry, with its harrowing tunnel, leading to the Holocaust Tower and the Garden of Exile (pictured above), is a chilling experience. It is spoilt only by the few display windows that line it. These are interesting, but have been designed in such a way that only a few people can see (the glass is blacked out at the edges), meaning it is frustrating given how busy it was on our visit, something I suspect is fairly typical.

The main permanent collection charts the fascinating history of Jewish life in Berlin, making it much more than simply a museum to the holocaust, though that is well covered. It makes for an informative and powerful experience.

Of course, this is just a small snapshot of what Berlin has to offer. We didn't, for example, have time to visit any of the modern art galleries, something I very much want to do on my next visit, which I expect will come before too long.