Introducing the Where's Runnicles Track of the Day

A year or so ago, I launched an Album of the Week Spotify playlist. With hindsight this was somewhat misnamed because, in the time since, I've done just six of them (and two of those were cheating a bit). 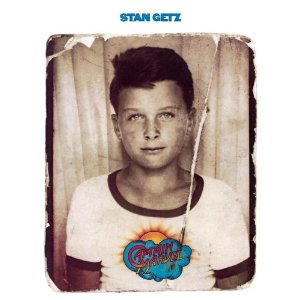 Earlier this week I dug out one of the minority of jazz albums on my shelf that doesn't feature either Miles Davis or Bill Evans: Stan Getz's Captain Marvel. I've been fond of the title track for a long time, having first heard it when the late great Humphrey Lyttelton played it on his Radio 2 show the better part of two decades ago. As a result, it's probably one of the oldest jazz albums (or, indeed, albums full stop) in my collection. I'd chosen to play it again as I was looking for something cheery, and with its boundless, bubbling energy and sense of wonder, Captain Marvel certainly qualifies.

Listening again, in addition to the great playing of Getz himself, I was struck by how fine a job was being done on the electric piano. Indeed, it sounded as good as Chick Corea. This was unsurprising, given a glance at the back of the disc revealed that's exactly who it was. Indeed, while I say Stan Getz's Captain Marvel, it really ought to be noted that Corea actually composed it, along with most of the rest of the album. My glance also informed me that Tony Williams was on drums, which explained why those were so impressively tight.

Anyway, it's a great fun track and I thought I'd like to share it, but didn't really fancy a full Album of the Week post. (Also, the full album isn't on Spotify. Indeed, judging from Amazon it looks worryingly, and bafflingly, as though it may have been deleted. If so, one has to ask quite what on earth Columbia is playing at.)

Now, to stop Track of the Day becoming quite so much a misnomer, in general it won't merit a blog post. I may do one from time to time, but in general it will just get a tweet or two. That means it ought to be updated a little more often.

Anyway, if you fancy a listen, the playlist can be found and subscribed to here.

Email ThisBlogThis!Share to TwitterShare to FacebookShare to Pinterest
Labels: Features, Tam, Track of the Day