It is about a year since the great Charles Mackerras died (read my tribute here). And, while concert halls and opera pits have certainly been quieter without him, it is difficult to say the same of the CD players and hi-fis, such has been the steady stream of new releases. 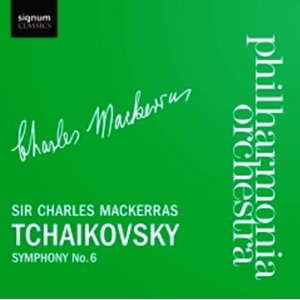 One, more than any other, was keenly awaited by me, his live recording of Tchaikovsky's 6th symphony, The Pathetique, with the Philharmonia. The reason is simple: I was at the concert in question and it was quite something.

The recording does not disappoint and there seems little to add to what I said at the time:


Mackerras gave a thrilling reading, from the soft opening bars onwards there was a gripping tension which, every now and then, he would release in the most almighty avalanche of sheer orchestral power. He frequently did not hang about, yet the control and discipline of the orchestra in the fastest moments was something special to hear and they kept up with him splendidly. He found delicacy and tenderness too, where the score called for that. The slightest half-smattering of applause followed the thrilling conclusion of the scherzo. In lesser hands the adagio can underwhelm in comparison. Not so in this case: the climaxes were heavy with emotion and Mackerras provided a transporting reading that faded to a quiet yet powerful conclusion. Playing was superb throughout, and while individual sections may have impressed at times, such as the winds or the horns, not least for the effect they gave, almost of off-stage brass, when stopped in the final movement, to single any out seems unfair given the uniformly high calibre of the ensemble.

Listening again two and a half years later, what strikes is his skill at balancing those more delicate and tender moments with the heavier or faster thrills. Some of my favourite recordings of Tchaikovsky symphonies come from the Chicago Symphony Orchestra under Abbado and high among the reasons I love them is the wonderfully brash brass playing, but here the Philharmonia run them very close (just listen, for example, to the passages between 12:20 and 14:10 in the opening adagio).

Yet, more than anything, what makes this disc special is the emotional weight the performance seems to carry. Some years ago, before the time of this blog, I pondered on a music forum the extent to which the history of a recording influences your response. That was in reference to Leon Fleisher's Two Hands disc - would it seem so poignant if it didn't mark his regaining the use of his right hand after so many years? It is fair to wonder how I would feel about this disc if I had heard it blind. But I haven't, so I can't say.

As it is, I find several remarkable things there. On the one hand there is the third movement, played with a speed, energy and panache that does not suggest an 83 year old man on the podium. This is followed by a magisterial account of the finale, with its emotional weight, its sublime brass chorale and its haunting fade away to silence.

I'm reminded of a comment I overheard coming out of a concert earlier this year, to the effect that the finale is a damp squib, presumably because it isn't fast and loud. (The comment surely deserves some sort of prize for the distance by which it has missed the point!) For me, the ending here leaves me, as it almost always does, and as many great works do, feeling that there's nothing left to be said.

It seems a shame, therefore, that the Philharmonia have felt the need to add Mendelssohn's overture to A Midsummer Night's Dream on to the end. True, it did open that concert, and it's not in any way a poor performance; the disc just doesn't need it (or, at the very least, it should have come at the start). Simply because a disc has space, it doesn't mean we should fill it, better to let such a magnificent work stand alone in its glory, as I've cheated and done on my playlist. In a similar vein, while in general I don't mind applause on live discs, I rather wish that they'd left that out here too. Still, neither is reason not to listen to this superb performance.

I could have chosen many discs to remember Charles Mackerras by (though many of my favourites are not on Spotify), but this is as fine a tribute to his range and skill as any.
Posted by Tam Pollard at 17:39