I've long been curious about Sergiu Celibidache's Bruckner. I've seen plenty of rave reviews, but these same reviews also point to extreme tempi and suggest this is Bruckner that won't be to all tastes. Yet he certainly seems to have his fans, as evidenced by the fact that the now deleted survey is selling for £270 on Amazon! If you haven't spat out absolutely all of whatever it is you were drinking, you might like to know that some of them are available individually: the 6th and 9th can be had for £60 and £50 respectively. While I was certainly curious to hear what the fuss was about, I wasn't that curious. Yes, there is a more readily available set on DG that dates from an earlier period but it is, by all accounts, less extreme and doesn't attract quite such intriguing praise. Thankfully, Spotify rides to the rescue and some time ago I found the set there, saved it to a playlist for later listening, and promptly forgot about it. 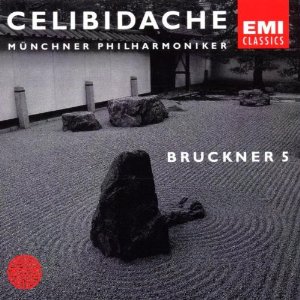 Then, a few weeks ago, I found myself sorting the myriad of such playlists into some kind of order with the idea of actually starting to work through them. For whatever reason, it was Celibidache's Bruckner which jumped out at me; now I find myself wondering why on earth I waited so long. These recordings are quite remarkable.

To start with they are very slow. I shalln't get into comparing track times, since with the multitude of editions that's not always all that instructive, but by any reasonable measure this is a glacial take on the music. That makes the next thing that strikes the listener all the more remarkable: despite taking some of these pieces as langsam as ever I've heard them, he brings a sense of structure to the music as strong as any that I've encountered. There is an inevitability that caries you along, if you let it. Here are recordings that are glacial in more ways than one.

How does Celibidache maintain his sense of momentum? Well, for one thing there is the way he has the orchestra accentuate certain notes and chords. This provides a steady and near constant structural heartbeat to many of the works. In addition, there is the more or less omnipresent intensity he elicits from the orchestra, be it shimmering strings or the shining brass.

One flaw in many a poorly interpreted Bruckner performance is the sense of endlessly repeated climaxes. Not so with Celibidache. Doubtless this too is tied up with his tempi, but he frequently makes the music sound fresh. This is especially true in the finale of the 4th, which felt like I was hearing it for the first time. He is perhaps helped by the fact that a restrained tempo in the scherzo keeps it from stealing the show in the way it sometimes can. The gloriously rich brass doesn't hurt either. 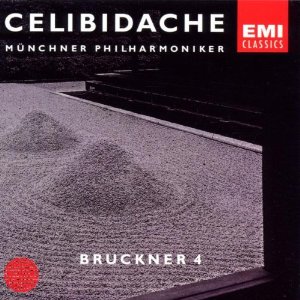 At this moment, it is probably worth mentioning the playing of the Munich Philharmonic. As a general rule, this is of a very high standard, and holds up well under the conductor's more wilful choices. There is the odd slip, but especially given these are live performances the results are excellent (though some, such as the 7th, suffer a little more than others). I don't have the CD booklet to check, but they certainly feel like real live, rather than endless splicing of different live takes, such is the integrity of Celibidache's vision. Applause is included, though I don't think it adds much.

I don't want to talk through each of the symphonies in detail, though it is worth noting that the set only includes symphonies 3 to 9. This is a shame, as I would be particularly interested to hear the conductor's view of the 1st. What I do want to do, however, is point to some particular highlights. 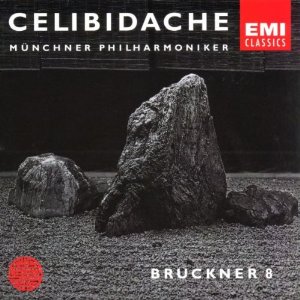 It is perhaps unsurprising that Celibidache's approach in many ways rewards the slow movements best. Take, for example, the adagio of the 8th, which in his hands is truly epic in length but utterly spellbinding. As a whole, the performance is one of the most satisfying. That said, the 9th is arguably the crown jewel, similarly epic and emotionally devastating. 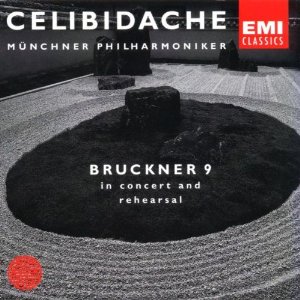 Does it always work? No. As a rule I find that other accounts bring a greater drama and excitement to the scherzos, particularly true in both the 5th and 8th. I felt similarly at the very outset of the 6th, yet as the opening movement developed it revealed another strength of this set: it gradually washes away thoughts that it lacks intensity, building in a phenomenal and seemingly inevitable way, packing about as much punch as you could wish for. 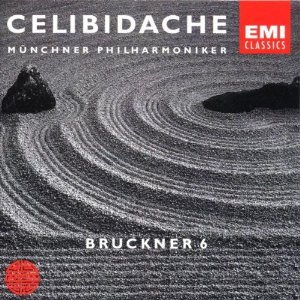 To the extent that the set has a weak link, it is probably the 7th, yet this too is compelling. And here comes another of the set's strengths: these are weighty and satisfying performances and each one leaves me feeling full up, done with listening for the night. It then proceeds to ring round my head for most of the following day.

And not that it matters particularly, or is in any way a key criterion, but I like the cover art very much. Not on the complete box, which opts for the dull standard photo of the conductor, but rather that of the individual discs which feature the black and white photos of Japanese rock gardens which you see scattered throughout this review. Not only are they quite beautiful, but their zen influence and their carefully sculpted lines in the sand seem an apt visual metaphor for Celibidache's take on Bruckner. At the start of this post I used the term glacial, but in a sense it might be more apt to liken these performances to the valleys they gradually, imperceptibly carve from the rock, slowly, very slowly revealing a mighty and magnificent edifice. 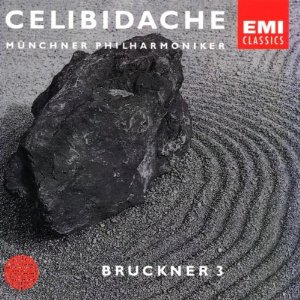 Great then, but is it £270 great? No. At least, so I wrote in my first draft, but the more I listen the more I understand why someone might pay those sorts of prices. Fortunately, we don't have to spend that much to hear them. Not only are they on Spotify just now, but for once the people in the EMI reissue department have seen sense and the set reappears later this month at budget price. Is this Bruckner for everyone? Some clearly don't like the tempi, and indeed my natural preference would be for something brisker, but there are few sets so ultimately satisfying and I suspect I shall return to these performances more often than many on my shelves. These are surely records that any Bruckner fan/collector ought to hear, and at the price they will soon be available for there's no good reason not to. In the meantime, listen here.


While the set has now been released, there appears to be a manufacturing flaw. My set contained two disc 11s and no disc 1. The comments below indicate this is not an isolated incident. EMI's response via twitter is that they are aware and addressing the issue and to contact them for a replacement. They give no indication as to how widespread the issue is, so in the meantime the best advice is probably to hold off purchasing for the time being (which is a shame).


After a little extra prompting, I have now received a replacement CD from EMI and my set is properly complete. Amazon comments indicate that others are also getting a similar response. In addition, the set is now on sale via Amazon again, having been withdrawn after the problems initially came to light. The anonymous comment below dated today also supports this so it should now be safe to buy. (I'd like to be less equivocal, but EMI haven't actually answered the specific questions I asked them.)

Now that I have the set, one or two additional points are worth noting. In my review I wrote that they seemed genuinely live. The booklet confirms that symphonies 4, 6, 7 and 9 were taken from single concerts, the remained from two performances.

Unfortunately, there are a couple of annoying and needless disc splits. The third movement of the 9th could easily have been accommodated with the first two. Similarly the 7th would have fit on a single disc (if they'd left out the two minutes of applause which don't really add anything). This is a slight shame as it breaks the momentum of these fine performances unnecessarily.

However, that's a minor quibble, and now EMI seem to have got things sorted out, for less than most of the individual discs have been going for, this set is well worth purchasing.
Posted by Tam Pollard at 12:58

I have two CD11s and no CD1 as well. It looks like the whole run might be scuppered...

That's worrying. I'm taking mine back tonight so I'll get the shop to check their other copies.

Just a thought but I didn't actually check the disc. I don't suppose there's any chance the packaging is wrong but the content is right?

EMI advise to contact them for a replacement (though I'm sure the last time I did that they referred me to the retailer so I've tweeted them to clarify).

My Bruckner Box arrived today, and all discs are present and correct. Seems it is safe to order now.

To me, with Bruckner, on one side, there is Celibidache; in the other, the rest of conductors (that does not mean they aren't also excellent)