"There is nothing new under the sun"

So, at least, Thomas Dolby claims at the outset of his first new studio album in two decades (it should be noted at the outset that Dolby is our uncle, earning this post a Shameless Plugs tag). Slightly tongue in cheek, no doubt, yet as he repeatedly shows in a little under an hour, he has plenty more to say. 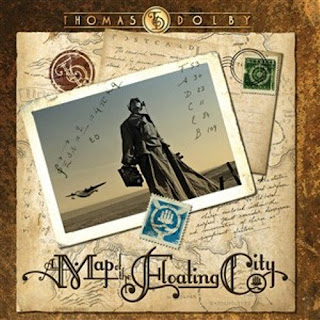 The album is divided into three sections and much of the content will be familiar, if, that is, you're a hardcore fan. Over the past fifteen months Dolby has released two of the three as EPs, and while Urbanoia is genuinely new I heard at least one of the songs at a gig a couple of years ago.

This doesn't matter in and of itself, yet it does mean that if you fall into this camp the first listen is slightly underwhelming as a result. In a way, I wish I'd heard it totally fresh for the first time. Still, the more one listens, the more it grows and the clearer it becomes that this really is a rather fine disc.

Nothing New Under The Sun opens both the album and the Urbanoia section, which in general paints cities and Dolby's unease with them. More than that, and particularly in the middle two songs Spice Train and Evil Twin Brother, it is intensely claustrophobic. Texturally, these two songs call to mind some of Dolby's earliest work.

A big concern, especially after hearing the Amerikana and Oceanea EPs, was how well these disparate soundscapes would mesh; indeed, this is a much less homogeneous collection than some of his previous albums. On paper, the concern is only heightened by hearing Urbanoia. However, in the event such worries prove unfounded and everything blends remarkably effectively. In part this is down to how thoughtfully Dolby has ordered each group. So, in Urbanoia, the most intensely different songs are in the middle with the outer tracks seeming to act as bridges. And while Jealous Thing seems to recall the Cuba of Simone more than the Amerikana that actually follows it, it still makes for a smooth transition.

Added to this, there is a strong overarching sense of a journey to the album, something perhaps inevitable with the word 'map' in the title. So the listener is transported from the oppressive city, through small-town America (and indeed smaller town Snowdonia) before finally making it home to the beautiful and windswept Suffolk coast of Oceanea. 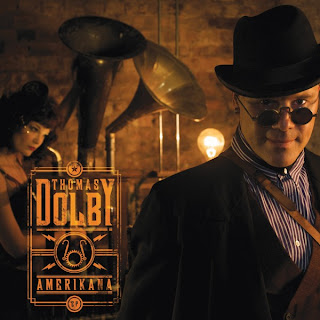 The album contains various echoes of previous points in his career. Road to Reno starts off a little like I Love You Goodbye and is also a road trip song, yet with its poignant twist it is for me a finer song. The Toad Lickers, with its wry humour, calls to mind Airhead. It sends up its target similarly superbly: "ID the species by the faeces in the free mountain air.... and I'm so there!" being one of my favourites among many witty lines. The quite insane video places it firmly in good company with much of the rest of Aliens Ate My Buick.

17 Hills is perhaps the high point of the section, its impact enhanced by its size (it is comfortably the biggest track of the album). It is helped along by a fine guitar cameo from Mark Knopfler (one of several similarly great turns on the album - other treats include the extraordinary Regina Spektor in Evil Twin Brother and Eddi Reader's soaring voice in Oceanea). The song also builds wonderfully, "the city rises" refrain becoming increasingly powerful. Doubtless the line is also a link to the game that accompanied the album's launch, yet the disc stands superbly without it.

With Love is a Loaded Pistol, about a visit from Billie Holiday's ghost, the album again feels like it's in transition. However this is one item which for me doesn't entirely work. Perhaps this is due to the un-Dolby-like piano and voice style (granted with the addition of a few strings), perhaps it's just that it feels a little corny.

Then we are home to Oceanea. This is the one portion of the album that has been made available on general release already (as an EP) and I don't have a huge amount to add to what I said at the time. But it must be noted that what was previously self-contained beauty and tranquility is powerfully enhanced in impact by being part of the album: this is a disc that is far more than the sum of its parts.

Some of what I said about To The Lifeboats, possibly my favourite track, bears repeating. There is the superb lyric "There are no fucking lifeboats" which, since Dolby rarely swears, carries the greater impact for it. Indeed, the progression in which it comes is what makes the line so powerful:

Which leads into the rocking "freak storm" that is necessitating escape. This is a far cry from the song's opening, contrasting dreamt of "azure blue" skies and "mirror pond" sea, the accompaniment suitably placid, with the "howling wind and rain" woken up to. At the end there is calm once more, yet it is of a very different kind as they are now "castaways.... drifting off the coast of France and listing sideways." Who is the Caroline for whom "It won't be very long now"? That question ends the album and is left hanging. Perhaps it was answered in the game, perhaps we'll glimpse her again on another disc, perhaps that's all there is to know.

This is a song, and indeed an entire album, that in only a short time takes us on a very long journey. In total, it weighs in at fifty-three minutes yet feels longer than it is, doubtless in part because there's such a weight of story here, more than you get in most albums. The fact that there is such a range of styles and textures is also a key factor. Epic is a word that would not be totally inappropriate. Indeed, it is Dolby's longest album to date, but don't let any of this lead you to think it is, or even feels, overlong; it doesn't. 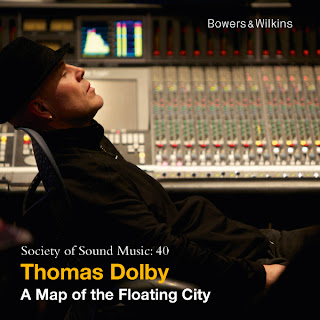 A Map of the Floating City is the first Thomas Dolby album to be released in HD sound. At present this has only taken place through Bowers and Wilkins Society of Sound. Unfortunately, that subscription model isn't for everyone so presumably (hopefully) it will get a more general release soon. It is a pity this wasn't timed to coincide with the CD release as fans may end up either having to wait or buy twice. Still, once you get to hear it in 24/48 FLAC it is glorious, highlighting Dolby's mastery of electronic and sonic textures better than ever before. 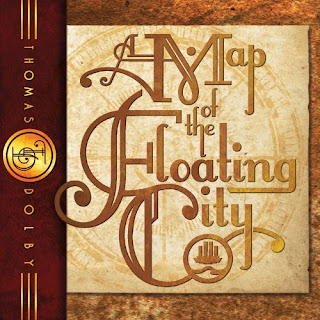 It is available as a download at places like Amazon and iTunes (though these low-fi options cannot be recommended). From such a technical wizard, such limited options are puzzling (why not a release on, say, Bandcamp, which offers a range of formats/qualities, and doubtless a much better share of revenue). On CD the listener has two choices: the standard single disc set and a two disc deluxe version. The latter contains purely instrumental versions of the songs, an actual map to the floating city and, for my money, less good cover art (though the booklet shows the single disc's cover). That set is probably for hardcore fans only. It is also on Spotify and thus, both inevitably and deservedly, it is the Where's Runnicles Album of the Week (you can listen for yourself via this playlist). My purchase advice: if you have the wherewithal for 24/48, wait for an HD release and stick with Spotify in the interim. Otherwise, the single disc set should be acquired post haste.

It has been a long wait for this album, so it is immensely pleasing that it does not disappoint, something of an achievement under such expectations. Hopefully it won't be another twenty year wait for the next one.....
Posted by Tam Pollard at 16:33