Owing to overwork with my Fringe venue duties, too much festival going last week, and illness, I've not written up the ears for far too long. Here's what they've heard lately.

The Ears really should have been catching up with their Economist on the way to work. However, since I was feeling under the weather, something altogether lighter in tone was required. 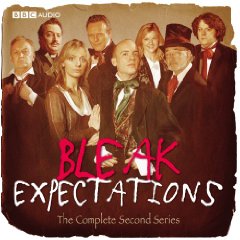 Then it was off to the Usher Hall to hear Donald Runnicles conduct Webern, Brahms and Strauss (review here).

Once home, it appeared I'd not yet had my Runnicles fix for the day, so I gave his Prom another listen: Adams' Slonimsky's Earbox, Mozart's K466 concerto with Wosner and Strauss's Sinfonia Domestica.

Tuesday had a Strauss feel to begin with. First in the form of Fabio Luisi's Prom with the Staatskapelle Dresden and their performance of the Alpensinfonie. It didn't really grab me so, thanks to Spotify, I put on Kempe's attempt with the same orchestra for comparison. Much more like it. 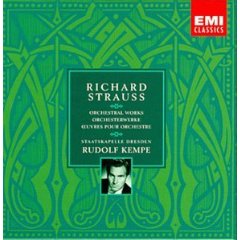 Then it was some Radio 4 comedy on the iplayer, first legal send-up Chambers then episode two of the new series of That Mitchell and Webb Sound

I finished off the day with a little more from the fabulous new Furtwangler/Berlin box. I've heard some of these before, but they've never sounded so good, but then access has never before been granted to the master tapes. My listening included Mendelssohn's Overture to A Midsummer Night's Dream, Beethoven's violin concerto with Menuhin, Bach's suite BWV1068 and Schubert's Unfinished symphony. 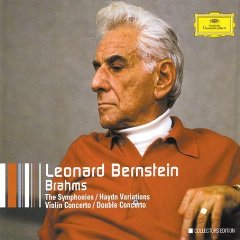 Wednesday began with the Brahms double concerto in a recording from Bernstein and the Vienna Phil with Kremer and Maisky (prompted in part by hearing it again at the Runnicles concert).

The remainder of the journey to and from work was concerned with a futile effort not to get any further behind with the Economist audio edition. After this came two concerts: Carolyn Sampson singing Bach at Greyfriars Kirk (review here) and Metzmacher conducting the Deutsches Symphonie-Orchester Berlin in Webern's Passacaglia, Berg's violin concerto with Tetzlaff, finishing with Brahms' fourth symphony (review to follow).

When I got home it was back to the Furtwangler box for a slightly more dramatic take on Brahms four.

Jansons and the Oslo Philharmonic took me to work and back with Sibelius's third and fifth symphonies (very fine recordings). After which it was back to the Economist (still absurdly far behind). Things were rounded off by a concert from Gardiner and the Monteverdi Choir and English Baroque Soloists featuring JC Bach's Es erhub sich ein Streit, part one of Handel's Israel in Egypt and Bach's cantatas BWV130, BWV19 and BWV50.

Friday kicked off with more Economist (indeed, finally finishing off the 15th August issue, so still massively behind). There was time though for a brief interlude from Mendelssohn's fourth symphony care of Bernstein and the Israeli Philharmonic. 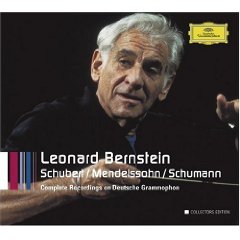 Once home, I gave Jansons' new disc with the Concertgebouw a spin. A two CD set, it comprises Bruckner's third and fourth symphonies (and given how well he did the latter with the Bavarians last year, it promised to be good). 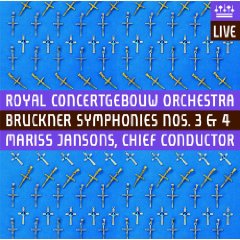 It did not disappoint and renders baffling the sole Amazon review that complains of a lack of fire. Unfortunately, the Ears were about to get an object lesson in lack of fire from Actus Tragicus.

Saturday kicked off with some of CD review (including a first listen to some of Rattle's new Brahms cycle, which was a little unimpressive). 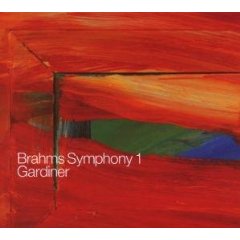 Prompted by someone on twitter, I thought I'd give Gardiner's Brahms another go. But, after a movement or so, I was as unimpressed as ever so I abandoned it. 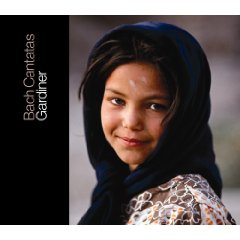 This was followed by Gardiner on altogether safer ground: volume twenty of his Bach cantata series with the Monteverdi Choir and English Baroque Soloists. I opted for BWV144 and 84. Then it was back to the Jansons disc for Bruckner four, which was every bit as impressive as the third. 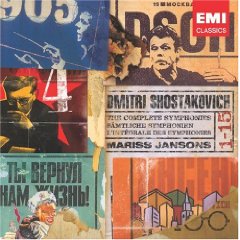 Lastly, before dashing off to the Usher Hall to hear a stunning Dream of Gerontius from Elder and the Halle, there was just time for disc eight of Jansons' Shostakovich cycle. It features symphony nine with the Oslo Philharmonic and ten with the Philadelphia Orchestra. 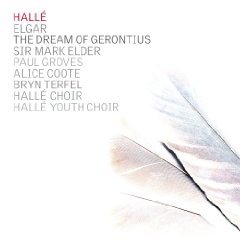 On returning home, I just had to relive some of the concert with my hasty interval purchase - Gerontius by the same forces on CD.

Sunday was similarly dominated by Gerontius. After a full listen to the Elder CD, it felt like a comparison to my previous favourite, Oramo and the CBSO, was needed. 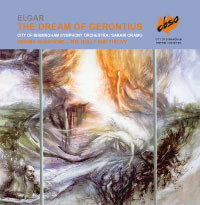 There was time for little other listening, save the fabulous fireworks concert. 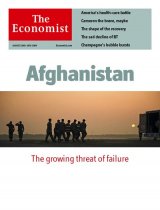 Monday kicked off with the 22nd August issue of the Economist (so still two weeks behind, then).

The evening's listening was dominated by the new Rattle/Berlin Brahms cycle. After Saturday's CD review I was worried. And while the first, in particular, took some getting going, there was plenty of drama on hand. The second was especially impressive (there wasn't time for three and four).

Tuesday saw a very light day for the Ears. Travelling to and from work it was an Economist only zone. Once home I discovered another Jansons/Bavarian disc on the doormat, this time including the Tchaikovsky's first piano concert (with Bronfman) and the fourth symphony. 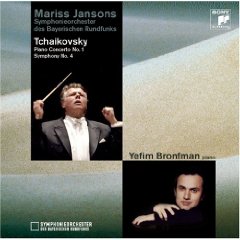 I've sometimes found his Oslo Tchaik a little tame. This, if any criticism were made, is too much the other way. White hot wouldn't quite do it justice.

That was all apart from the glories Plinth-a-lele in the small hours of the morning. If you weren't there, or haven't watched it online, do so now.
Posted by Tam Pollard at 21:21