As yesterday, the Ears kicked off with the 29th August issue of the Economist (so still as behind as ever). However, since there were actually some papers on the bus this morning, a switch to some music was necessitated. Erich Kleiber's sublime reading of Le Nozze di Figaro with the Vienna Philharmonic in, I believe, Decca's first stereo recording. It's beautiful and has an impressively live and dramatic feel for a studio performance. The disc also saw me through building up some flexi-time at work and lasted nearly perfectly until my front door.

Then it was time to catch Jonathan Nott's Prom with the Gustav Mahler Jugendorchester (an ensemble I've long been a fan of) before it vanished from the iPlayer. They played Ligeti's Atmospheres, Mahler's Kindertotenlieder and Schoenberg's Five Orchestral Pieces, op.16, with Strauss's Also sprach Zarathustra following after the interval. There was some superb playing and the Ligeti was especially fine. But the Mahler didn't really grab me; Goerne is a fine singer, but I never feel the piece sounds quite right with baritone. Also sprach Zarathustra isn't my favourite Strauss either, and this wasn't the most compelling reading of it. 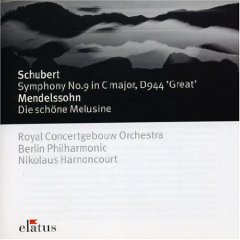 Then, at the recommendation of @BBCMusicMag, I gave Harnoncourt's recording of Schubert's great C major symphony a try. I'm not a fan of his generally, and this proved no exception. Somehow he managed to make the Concertgebouw sound most unlike themselves. It was often a little dull for my taste and just didn't grab me. Doubtless, though, his many fans will read this paragraph and be as baffled as I am by him.

After a brief and infuriating interlude watching a two bit con artist lie about how he didn't predict the results of the lottery, I tried a different perspective and went to Welser-Most's Prom with the Vienna Phil for a rerun of the Schubert. Interestingly he was standing in for Harnoncourt. This was much more like it, though the decision to omit repeats in all but the scherzo gave it an odd feel. I wish I had a better memory of how he did it in Edinburgh with the Cleveland Orchestra five years ago (sadly I wasn't writing reviews then). 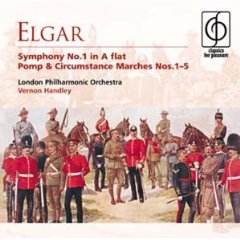 Finally, before bed, it was back to Spotify, where after some lengthy searching (their classical search capabilities are useless, to say the least), a few days ago I managed to assemble Vernon Handley's Elgar recordings. His sublime reading of the first symphony with the LPO made for a very nice start.
Posted by Tam Pollard at 01:21