They say imitation is the highest form of flattery and Nicholi Ivanovich Lobachevsky exhorted his students to "plagiarise, let no one else's work evade your eyes...... only be sure always to call it research" (well, he didn't, but Tom Lehrer's version of him did).

In the spirit of that, I thought I'd steal a rather excellent idea from @ViolaMaths, who recently started a blog called A Year With My Ears which, as one might expect, is a day by day chronicle of what she's been listening to. I hope she doesn't object to this shameless rip-off.

Since I have no idea how long I'll keep it up for, would like to at least make a pretence at originality by coming up with my own title, and love a bad pun, I shall call mine Ears Today. By today I don't mean calendar day, rather I mean from the time I get up and start listening to things until the time I finally go to sleep (which will usually be in the small hours of the next morning). Thus, things included on the entry for 20th August, may actually have been listened to on the 21st. Still, any other way and it just wouldn't make sense. For the benefit of any Americans reading, I shall be using the British date format (day/month/year - you will notice how they are logically in ascending order of size, which is why we're right on this one)*. 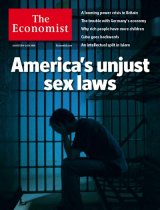 Today's listening began on the bus to work with the Audio Edition of the Economist (my primary supply of current affairs). What with the Festival, I'm a little behind so it's still the 8th August issue.

No listening at work (it's a bit antisocial to put the earphones in and I need to speak to people quite often so I'd only be taking them out all the time). It's different if I'm working late or lots of people are off. 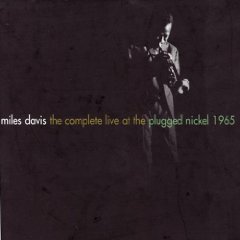 The 8th August issue was rounded off on the way back as the bus reached Lothian Road. So, for the walk to Venue 40 I selected disc two from Miles Davis' Complete Live at the Plugged Nickel which I'm shocked to learn is currently unavailable. 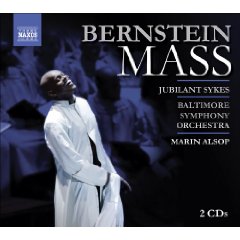 Fortunately not a huge amount required my attention at the venue so I came home (no music) and collapsed on the sofa. The perfect time to finally spin Marin Alsop's recording of the Bernstein's Mass with the Baltimore Symphony Orchestra (something I've been itching to do since I picked it up on Monday). It's a magnificent and unique piece and Alsop gives it a fine reading, though the composer's own is still very much the one to go for. 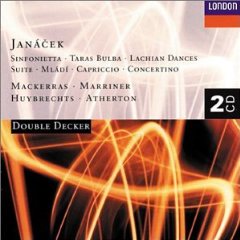 Last night's Philharmonia performance of Janacek's Sinfonietta lacked the Mackerras bite, so putting on his classic VPO recording was a must. 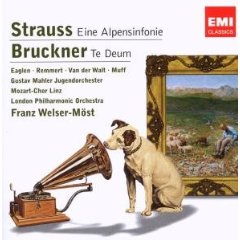 Then it was the ascent of Strauss's Alpensinfonie in the company of Franz Welser-Most and the Gustav Mahler Jugendorchester.

Finally, before bed, a little of the Brahms German Requiem from Furtwangler and the Stockholm orchestra (sorry, no picture for this one).

*My cousin Colin quite rightly informs me that both the British and American date formats are wrong and that really I should be using ISO 8601. While the date bit of the British format is in the right order on its own, everything goes wrong when you put it next to the time and the ISO standard corrects this. I shall therefore adopt it for my Ears.

Email ThisBlogThis!Share to TwitterShare to FacebookShare to Pinterest
Labels: About, Ears Today, Tam