The Ears have had a pretty light day today. First up was a disc of Jansons conducting the Bavarian Radio Symphony Orchestra. They are a combination that has made two few recordings, or rather, too few that are readily available in the UK (one must instead trawl the German Amazon). This is all the more baffling given that I think the partnership has a more compelling chemistry than Jansons' other with the Concertgebouw.

But, as usual, I digress. The disc in question was via Spotify and contained Haydn's 104th and 101st symphonies (I heard Jansons do the former at the Festival Hall a little while back). 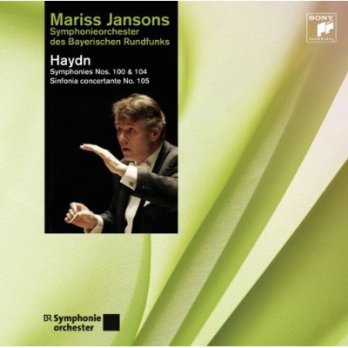 This is unashamed big band Haydn (no bad thing in my view).


However, I didn't even have time to finish it before I had to dash off to the AGM of the Fringe Society. Then it was back and fourth to the venue (pausing only for a long coffee after a chance encounter).

I returned home to find the evening's Prom safely stored on my digibox. It was one I've been looking forward to: Baremboim and his extraordinary West-Eastern Divan Orchestra in a concert performance of Fidelio (those in the UK can watch it on the iPlayer).

Sadly it was a disappointment. The BBC2 sound engineers had done an impressively poor job (a horrifically closed sound). To make matters worse they had elected for an annoying and patronising narration which got completely in the way of the music. The performance didn't totally catch fire for me (but I'm not sure how much these other factors were to blame).

To add insult to injury, the box cut off filming four minutes before the end!

To ease the ears to bed, I returned to the Jansons to finish off the disc with the 100th symphony.